Mark’s book The Eclipse of Urbanism and the Greening of Public Space: Image Making and the Search for a Commons in the United States, 1682–1865 is published by The White Horse Press on 15 December 2016.

We stand presented by something of a paradox: never has the environment been so important to modern human history and never, since its contemporary inauguration in 1962 (publication of Rachel Carson’s Silent Spring), has environmentalism been so fragile and weak.

Arguably in the last fifty-odd years we have witnessed environmentalism’s progressive political disarmament. Emerging from the old conservation movement, the movement was supported by both political parties and became manifest in an extensive regulatory policy agenda enacted by presidents Johnson (D) and Nixon (R). By the 1990s environmentalism was a fading lobby thrown out in the cold by neo-con America. Today environmentalism appears as a parody enacted on a global stage in Paris or Rio with actors like Hollande, Merkel and Obama anxious to certify the good intentions of the globalization regime. I am being a bit sharp, but if I were to be entirely above board I would have to go into great detail to qualify these contentions. My main point is simply that environmentalism has now become more about intent than policy, and the policy prescriptions that are put forth are timid to say the least and rest on international cooperation in an increasingly competitive and fragmentary international milieu. Policy prescriptions are enacted through global ‘understandings’ (not even treaties) that do not address publics in the countries involved. There is no real attempt to develop policy towards the necessary spatial strategies required to adjust existing patterns of mobility and production in accordance with environmental goals of species preservation and lower carbon emissions, not to speak of enfolding a social environmental agenda or strengthening agriculture and rural communities throughout the world. The improvements that we have seen in reducing the rate of carbon growth, which are mostly the result of corporate-sponsored and instituted technical regimes, will not save us from large-scale deterioration of environmental conditions in many parts of the globe.

We have just gone through another election cycle in the US, more or less repeating the past four cycles with one candidate denying the need for environmental reform altogether and the other mainly ignoring the issue, while giving environmental globalism titular support. In the meantime environmentalism is painted by its opponents in the US and elsewhere with the same brush as other projects inherited from the 1960s left political agenda – viz. an elitist project out of touch with mainstream concerns and undemocratic in its constitution.

One can blame the opponents, but I don’t really think that politics advances that way. Rather I would say that environmentalism – or green politics or whatever we wish to call the movement for voicing the issues of the surround – has been outflanked. It has been on a trajectory since the 1970s marked by what was in the American context called ‘the new politics’. The idea was that multiplication of self-authorised subjectivities around race, gender and nature congealed in group-identities could collectively constitute the foundation for a new ethics. It would be then be the task of NGOs to operationalise the new ethics by reframing these issues for civil society. One assumption was that ethics would be post-material (and specifically ignore the question of social class). Another was that it could be global – linking movements over transnational lines. 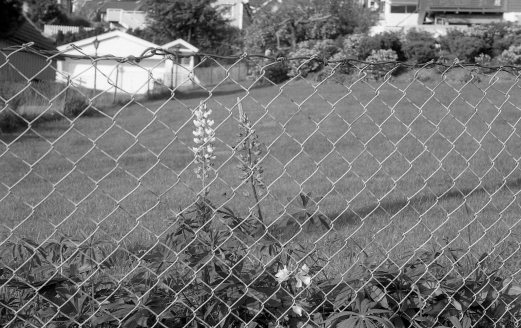 Figure 3. ‘Framing’ a small piece of the biosphere. Oslo.

Much revisionist work has been done to correct the faults of the environmentalist thinking, including criticisms of the allegedly residual romantic sensibility in environmental writing, the concern in much nature writing with place over globality and wilderness over settled areas and cities, and the purportedly flawed concept of ecology as a paradigm of an ideal social order. Authors have asserted the need to ground nature in culture and speak to specifics of environmental justice in and out of the workplace. While not dismissive of this work, I think it is open to criticism on political grounds, i.e. it assumes that environmental knowledge is flawed and that correcting it will resurrect the new politics project. I am more concerned with the political and cultural contexts which underlies environmentalism and that requires me to examine where we find the origin of environmental thinking and what it has entailed in relation to the political – specifically in relation to conceptions of public and the state.

In my book I placed environmentalism squarely within American political and cultural history without sacrificing the necessary international linkages and comparisons especially to British cultural history that are necessary to tell the story. I examine where the turn to the surround came from and what supported it. Environment is definitely centred in human history in the developments of the spatial as mandated by the global economy, and in this case in the political dismantling of urbanism as the centre of cultural life. The development of an environmental perspective long predates the concern with environmental destruction. The real origin is the unsettling of established relations of place and the sense of shared responsibility for the surround. The crucial matter for democratic environmentalism is to develop new senses of the commons that frame an ethics of place and space, often symbolised by shared aesthetic concerns, and driven by specific policies and techniques of spatial organisation and production that can be effective in countering the destructive effects of global spatiality.

In The Eclipse of Urbanism I examine landscape view books of the city of Philadelphia and the Hudson Valley as well as the work of Jefferson and two of America’s greatest environmental writers, Thoreau and Olmsted, in explaining the opportunities and paradoxes inherent in the nineteenth century origin of American environmentalism.