Gufu Oba’s book, Herder Warfare in East Africa: A Social and Spatial History will be published by The White Horse Press in May 2017. The book is  a regional analysis of the spatial and social history of warfare among the nomadic peoples of East Africa, covering a period of 600 years. Here he discusses an important aspect of his research and reflects on current tribal conflicts in the region.

The history of herder warfare describes militarism, conquests and enslavement as time- and space-related events that, during the six centuries prior to the twentieth, transformed the political and social landscapes of East Africa. The work has established a connection between spatial dynamics and social institutions as drivers of warfare. While the geographical space provided the milieu in which, warfare took place, it was the cultural behaviour of herding groups that motivated warfare. Herder warfare post-independence has been transformed into armed conflict, banditry, endless raids and, in some cases, the emergence of guerrilla movements and ethnic conflicts.[1] The book interrogates often-complex relations between warfare, geographical spaces and social institutions, where recruitment into the cycles of age sets and generation classes was preceded by large-scale war campaigns on neighbouring tribes.

As the work shows, however, what triggered wars among ancient pastoralists may not be generalisable, although resource scarcity and political institutions were among the likely drivers. The societies most adversely affected by pastoral militancy were the settled agriculturalists and city-states of the coastal zone in East Africa which, despite their economic symbiosis with the migratory pastoralists, became political victims. Using case studies of the southern Oromo, the book describes how, after their conquest, they established alliances with coastal city-states between the seventeenth and the nineteenth centuries. The work further considers how the Oromo used political influences to control their monopoly of the ivory trade and create systems of taxes on imports and exports, which, in later years, created numerous enemies on their frontiers. The collapse of the military power of the southern Oromo in the late nineteenth century began in the region of Wama (present Jubaland in Somalia). The work scrutinises the political factors that altered political shifts between the Darood Somalis and the southern Oromo. Epic battles occurred before  Oromo power was broken – this book presents evidence of the Somali use of germ warfare as a strategy to exterminate the group.

In reality, environmental forces and warfare by multiple groups such as the Maasai, the Akamba, the Arabs and the Somali collectively caused the collapse of the economy and the demography of the southern Oromo. The demographic collapse was also attributable to the enslavement of the southern Oromo. The enslaved Oromo population called Warda accounted for about 40 per cent of the Darood Somali population, according to local accounts. By the early twentieth century, when the British colonial administration entered the Jubaland and northern Kenya, the victorious Darood Somalis violently resisted the colonial power. The British military was finally able to suppress the rebellion through heavy fines and sometimes-deliberate destruction of the pastoral economy. The military activities forced large populations to move westwards into northern Kenya. This, however, presented policing and logistical challenges. The alternative was to accommodate the migrants on the grazing and water resources of resident groups- the migrants taking advantage by sparking conflicts with the residents. The inability of the administration to control Somali encroachment subsequently encouraged more Somali clans to pour into northern Kenya, threatening, in particular, the Borana Oromo alliance on the Jubaland-Wajir frontier, and the free Orma Oromo on the western bank of the Tana River. Herder Warfare highlights inconsistencies in the ‘containment’ policies against aggressive Somali groups. Despite many efforts, including heavy fines imposed on trespassing clans, the administration was unable to administer the so-called ‘Somali-Galla Line’.

On the eastern bank of the Tana River, incidents of conflict between the Somali master clans and their Warda slaves had begun by 1909. The British colonial administration, while acknowledging that the Warda slaves were living under harsh social circumstances, did not encourage the group to seek freedom, arguing that the two communities were integrated through marriage. Slave emancipation was delayed until after the independence of Somalia and Kenya in 1960 and 1963, respectively.

As an epilogue, the book discusses herder warfare during the post-independence periods, with pastoralists inhabiting Ethiopia, Eritrea, Somalia, northern Kenya and south Sudan being involved in complex armed conflicts among neighbours and often with states. Different ethnic groups formed ‘standing armies’ or part rebel movements fighting the respective governments. [2] The guerrillas claim to represent ethnic or regional groups, with the aim of liberating them from oppression by states run by ethnic elites.[3] The impact of these wars on pastoralists’ economies have been devastating, causing displacements of nomads across international borders as refugees. Both the states and the rebels, supported by different pastoralist societies, targeted the pastoral economy. [4]  Even more importantly, with collapse of states such as Somalia, new types of armed conflicts built around international terrorism guided by a religious political agenda have emerged. [5] The current conflict between the Nuer and the Dinka in south Sudan even after that country’s independence was founded on the traditional ethnic history of conflicts but changed the traditional rules of absorption of men, women and children from the defeated groups to indiscriminate murder of the non-combatants. [6] In south Sudan, the fights have become political, with opposing groups competing for local and national political representation, as well as tribal territories, gaining a new importance as a basis for sharing national resources for development. In the transformed ethnic warfare, political supremacy is the ultimate goal of the combatants.

[3] For example: Trovoll, K. 2009, War and the Politics of Identity in Ethiopia; Johnson, Douglas H. 2003, The Root Causes of Sudan’s Civil Wars; Berhe, Aregawi 2009, A Political History of the Tigray People’s Liberation Front;

[4] Rolandsen, Øystein H. 2013, ‘Too much water under the bridge: Internationalization of the Sudan-south Sudan border and local demands for its regulation’, In C. Vaughan, M. Schomerua & Lotje de Vries (Eds) Borderlands of South Sudan: Authority and Identity in Contemporary and Historical Perspectives, New York: Palgrave Macmillan..

Gufu Oba is a Professor at the Department of International Environment and Development Studies of the Norwegian University of Life Sciences. Trained in range management and pastoralism, his work interests over the years have shifted to climate change, pastoralist livelihoods, social and environmental history. He has authored or co-authored over 70 peered reviewed articles published in more than 20 Journals. His latest books are Nomads in the Shadows of Empire [BRILL 2013] and Climate Change Adaptation: An Historical Ecology [Routledge, 2014]. Professor Oba is on the editorial Board of Nomadic Peoples, published by The White Horse Press. 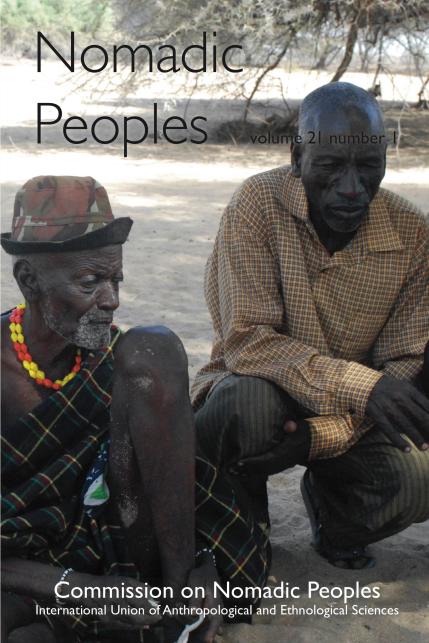