In this blog post, originally published as the ESEH ‘Notepad’ in Environment and History 23.4 (November 2017), Julia Lajus of the National Research University Higher School of Economics, St Petersburg provides some insights into environmental history publications in and about Russia. As well as the items cited, readers might be interested in the recent issue of Global Environment on Socialist and Post-socialist countries. The cited article by Elena Kochetkova is available in its uncopyedited form here until publication. It will be published ‘online-first’  via Ingenta Fast Track in January 2018. Photographs courtesy of Dmitry Lajus. 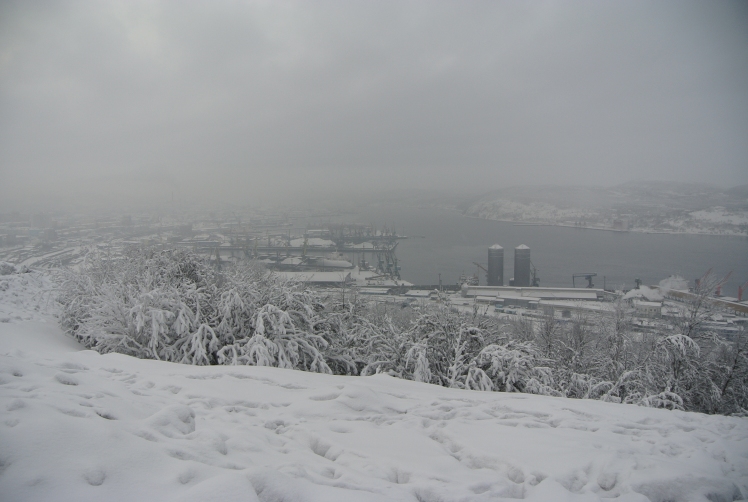 Environmental history in Russia is poorly institutionalised. The very small Center for Environmental and Technological History at the European University at St. Petersburg had been the main headquarters since its foundation in 2002 until its closure in 2015. Its members are the representatives of Russia for ESEH, participate in international projects and produce publications in both English and Russian. They are also popularising environmental history in Russia, for instance, by publishing a collection of Russian translations of the best environmental history that, along with a recent translation of Joachim Radkau’s book, include a few works that introduce environmental history to the Russian audience.[2] In 2016 this Center found new life as the Laboratory for Environmental and Technological History at the Center for Historical Research of the St. Petersburg School for Social Sciences and Humanities within the leading Russian university, the National Research University Higher School of Economics (HSE SPb) http://sh.spb.hse.ru/en/chr/eth/.

The main directions of research in the Laboratory are:

Several conferences and ESEH Summer Schools on history of natural resources have been organised in Russia during the last five years in cooperation with the Rachel Carson Center (RCC), including a major project on Russian environmental history funded by The Leverhulme Trust (leader David Moon),[7] Tensions of Europe Network, etc.[8] From these collaborative efforts a new collective book is being planned that was supported by RCC with short fellowships for its editors (Catherine Evtuhov, David Moon and Julia Lajus).[9]

[1] For a bibliography of nearly 500 items in English on Russian environmental history, see: https://www.zotero.org/groups/271874/russian_environmental_history

[3] E.A. Kochetkova, ‘Industry and Forests: Alternative raw materials in the Soviet forestry industry from the mid-1950s to the 1960s’ Environment and History (forthcoming 2018).

[8] Materials presented at one of the conferences were published in J. Oldfield, J. Lajus and Denis J.B. Shaw, ‘Conceptualizing and Utilizing the Natural Environment: Critical Reflections from Imperial and Soviet Russia’, Slavonic and East European Review 93 (1) (2015): 1–15.

[9] The book should be prepared during 2018. Discussion on the directions of this book took place at ESEH 2017 in Zagreb.

[23] One recent example of comparative research is D. Moon, “The Grasslands of North America and Russia,” in J.R. McNeill and E.C.S. Mauldin, Eds., A Companion to Global Environmental History (Oxford: Wiley-Blackwell, 2012): 247–262.