Today’s blog (originally the ESEH Notepad in Environment and History 25.3, August 2019) should get environmental historians in the mood for ESEH 2019 in Tallinn next week. Verena Winiwarter and Péter Szabó, founding and current Presidents of ESEH look back on twenty years of ESEH!

Scotland, on the morning of Sunday, 9 September 2001. The ‘Kippen Ceilidh Callers’ had done a fantastic job the previous night, with scholars flocking to the dancefloor and getting to know each other in a more personal way. Environmental historians from all over Europe and beyond had now gathered for breakfast in University Hall in St Andrews. The big surprise the previous night had been the location of the next meeting of ESEH, then formally founded after its inception in 1999: Prague. Leoš Jeleček, with his amazing way of making people believe that things could get done and getting them done against all odds, had offered to host the next conference. The morning was remarkable not just for the porridge, the sausage and mushrooms and eggs, the setting of a university dining space and environmental historians chatting alongside the sizzle of bacon. We recall this morning particularly for the way people said their good-byes: the predominant greeting was ‘See you in Prague!’ Somehow, we made it. A community started to recognise itself. The greeting, always updated with the location of the next conference, became a bit of an institution, the very last sentence formally spoken at the closing ceremony of each conference. Our upcoming conference in Tallinn, Estonia, marks the twentieth anniversary of ESEH.

How can one form a community … a newsletter, a journal, conferences, prizes? ESEH quickly started to cooperate with The White Horse Press, a collaboration that has developed further and will hopefully last. It was often a daunting task to find locations for ESEH conferences, and without the dedication of the teams in Prague (2003), Florence (2005), Amsterdam (2007), Copenhagen and Malmö, when the First World Congress was held in lieu of an ESEH conference (2009), Turku (2011), Munich (2013), Versailles (2015) and Zagreb (2017), the society would not have been so vibrant. Many environmental historians have not missed a single conference in the last twenty years, travelling east and west, north and south across Europe. The locations and topics of our conferences have always emphasised the inclusiveness of ESEH as well as our openness to fresh ideas. Eventually, ESEH founded prizes. In the beginning, there was the St Andrews Best Articleprize, later joined by the Turku Best Book prize, co-founded with the Rachel Carson Center in Munich. The prize archives provide a good idea of the topics that have fascinated the best environmental historians in Europe over the past two decades. The two latest additions to our prize pool are the Environment and History Best Poster Prize, co-founded with The White Horse Press, and the Tallinn Best Dissertation Prize, which will be awarded for the first time at the Tallinn conference in 2019. 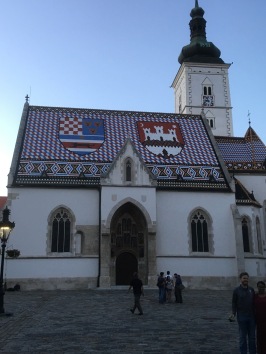 Then there are the bylaws, regulations, functions, membership fees … The backside of the shiny coin of cooperation has required lots of collaboration by many scholars over the years. Ulrich Koppitz, Christian Pfister, Sverker Sörlin, Eva Jakobsson all organised meetings, wrote and discussed and re-wrote and changed papers, a practice that later executives would continue. In 2009, we approved our very own constitution, which has governed the life of our society ever since. To name all those involved in ESEH committees over the past twenty years would fill a Notepad in itself. Dozens of people have contributed substantial time and energy to the running of ESEH in various functions. Secretaries, vice-presidents, members of committees – travel grant committee, nomination committee, financial control committee, summer school committee, prize committees… the list could go on. We want to thank all those who have helped ESEH through the years. THANK YOU ALL! The presidents were at the forefront of this work. In addition to ourselves, we would like to salute them: Poul Holm, Geneviève Massard-Guilbaud, Christof Mauch and Dolly Jørgensen.

ESEH would not be possible in the multi-lingual space of Europe without its Regional Representatives and website managers. We also needed a logo, which in its first form was designed by Myriam Daru. Her down-to-earth, practical approach at ESEH’s beginning was excellent strategy, and she should be remembered as one of the pioneers.

Twenty years is a long time for people and institutions alike. In human terms, it is almost a generation. That is why ESEH is also looking to the future and the next generation of European environmental historians. With the advance of the internet and the related democratisation of information, the scientific landscape has changed almost beyond recognition since 1999. It is important that emerging scholars have their say in the functioning of ESEH, to highlight the challenges they face and to contribute to defining ESEH’s future priorities. Our freshly founded Next Generation Action Team (NEXTGATe) connects early career environmental historians and aims to initiate intergenerational dialogue.

The most important lesson ESEH has to offer might be that a community can change the world if its members work together. ESEH was founded in the spirit of Rosie the Riveter, with a willingness to pitch in and get things done, and we sincerely hope it will continue along these lines. In times of climate change, biodiversity loss, misinformation and an upsurge in nationalism, we are needed more than ever as a platform for international scholarly exchange and support.