In this blog, first published as the ESEH Notepad in Environment and History 26.2 (May 2020) Timo Myllyntaus surveys environmental history writing in the national languages of Finland.

For decades, it has been reiterated that ‘Finnish environmental history has not yet been written’.[1]This slogan is just as correct or incorrect as the mantra of the half-filled glass of water: whether it is half-empty or half-full. It points to the fact that no comprehensive volume has yet been written on the environmental history of Finland, whereas several other countries have had such books for many years. The lack of such an overview does not mean that Finnish nature is modest and lifeless, or that its history is so short that there is not much to describe and analyse historically. Everything on the surface of Finland is younger than 10,000 years because, before that, glaciers devastated the upper layers of the earth. Yet below this soil, there are very old layers of nature.

By territory, Finland is the sixth largest country in the EU and the eighth largest in Europe. A thousand kilometres long, with 180,000 lakes and even greater numbers of islands, it consists of several different habitats. As a result, there are many topics for environmental historians to study. Indeed, the available literature on Finnish environmental history is abundant and has long traditions. One might claim that, consequently, the discipline can be divided into so many detailed subareas that nobody has yet dared to work out a national synthesis.

In Finland, there are two official languages, Finnish and Swedish. There are also four Sami languages, which are indigenous languages even if they lack the status of official languages. In the past, a considerable portion of trail-blazing work in environmental history about the eighteenth to late twentieth centuries was published in Swedish, written by such path-breakers as Johan A. Gadd, Pehr Kalm, Adolf E. Nordenskiöld, Ernst G.Palmén, Ilmari Hustich and Sven-Erik Åström.[2]Only a part of these publications has been translated into Finnish. In scientific publications, the Finnish language gained a foothold only from the mid-nineteenth century, becoming dominant only by the interwar period. Since the turn of the 1960s and 1970s, when the concepts miljöhistoria in Swedish and ympäristöhistoria in Finnish (environmental history) were launched, Finnish undoubtedly gained the upper hand in writings depicting nature as a deteriorating condition. Thus, the transition from the Swedish language to the Finnish language took place just as there was a push for nature conservation and environmental history. This kind of linguistic transition in publications in Finland took place later in environmental history than in other disciplines on average. Very little has been published about the sciences in the Sami languages, or even popular scholarly literature on environmental history. Dissertations and other scientific books on the history of Finnish Lapland are mostly published in Finnish. Key issues in researching the environ­mental history of the regions inhabited by the Sami focus on land ownership and rights to utiliseland. A case in point on this dispute is a recent Ph.D. thesis by Tarja Nahkiaisoja Conversion of Sami Lands and Waters to New Crown Farms: Habitation and Land use in Inari and Utsjoki, 1747–1925.[3]

Animal history achieved the steepest upsurge in the past decade, while new ways of thinking about food production and concern about both domesticated and wild animals have turned attention to animal history. Moreover, the heated discussion about big predators has attracted much more interest among historians. Most attention has been directed to wolves, although they have not killed any person over the past 120 years. Nevertheless, the image of wolves is more threatening than that of bears, which have slain people even in the past decade. Bears are regarded as less aggressive and malicious than wolves. Bears are respected and even beloved, whereas wolves have been met with spite and hatred. The last few years have seen several Ph.D. theses focused on the history of wolves.[4]The most recent is the dissertation, Wolves’ Places. The Human-wolf Relationship in Twentieth Century Finland, by Heta Lähdesmäki.[5]

Forest studies have been versatile in Finland,and some of them can be regarded as environmental history. Many of these forest-related articles are written in English and published in foreign journals. Nevertheless, political debates and polemics about forest policy are often published in Finnish. The most common themes here centre on appropriate methods of cutting trees in forests; specifically, clear-cut logging, small spot logging or selective logging. These issues have also been examined from a historical viewpoint. For example, some years ago, emeritus professor of forestry, Erkki Lähde, published the pamphlet (in Finnish): Finnish Forest War: How Continuous Growing Won Over Clearcutting.[6]Various kinds of popular books on forest history are also published in Finnish. For instance, it is now popular to emphasise the recreational impact of forests, such as the volume Forest Heals!edited by Leena Paaskoski et al. and published by the Lusto Forest Museum.[7]

Landscape history is a rising trend, studying landscapes from various perspectives and focusing especially on the interaction of humans and the environment. For instance, Päivi Maaranen examined changes of landscapes in southern Finland from the Stone Age to the present. Her Ph.D. thesis belongs to the sphere of interpretative archaeology, where she applies methods of archaeology and geography with historical sources.[8]Her research area and approach resemble the dissertation by Niklas Huldén, Coastal Dwellers and Material Inheritance. Huldén aims to find out how coastal dwellers in southwestern Finland adapted to their living environment. This ethnographic study is primarily based on historical sources, mainly probate inventories, and applies Julian Stewarts’ methods of cultural ecology.[9]Although this Ph.D. dissertation in Swedish can be considered environmental history, no Ph.D. thesis in Swedish about environmental history has been produced by any Finnish history department during the period 2013–2019. Swedish-speaking authors did produce dissertations and other publications on environmental history, but these appeared in English. An example is a dissertation by Stefan Norrgård on the climate in West Africain the late eighteenth century.[10]

Research on water history has continued over the last decade. Themes of water historians have centred on water uses, its quality and conflicts of interests related to water resources and the history of watercourses. Sami Louekari prepared his Ph.D. thesis on how locals have tried to benefit from one of Finland’s most significant rivers, the Kokemäenjoki River. He, like Tarja Nahkiaisoja, focused on the late agrarian period of Finnish history, from the eighteenth to nineteenth centuries.[11]In a series put out by the Prime Minister’s Officefor the hundredth anniversary of Finnish independence, Petri Juuti, Tapio Katko and Riikka Rajala published a book examining the development of regional and municipal water supplies and sewage treatment.[12]

Like water supply utilities and sewage systems, city planning and conservation of old buildings and prestigious neighborhoods are related to environmental history. In her Ph.D. dissertation, Maria Lähteenmäki analysed the debate on what to do with derelict premises of the large cotton mill of Finlayson and the engineering works of Tampella in the city of Tampere.[13]She studied the quarters around the famous Tammerkoski rapids as a national landscape and defended her thesis in the public debate at the department of art history at Helsinki University.

An exciting feature of the 2010s was that scholars of different disciplines started to insert environmental history viewpoints into the broad research approaches of their own fields. A case in point is the book on landscape paintings from several countries across different centuries by the well-known TV meteorologist Seija Paasonen.[14]In her monograph, she focuses on skies and clouds in these old paintings. 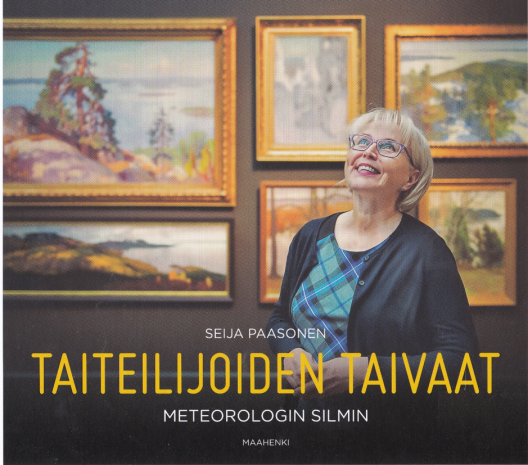 Her approach resembles that which Henry Makowski and Bernhard Buderath applied in their joint work.[15]She even presents forecasts of what kind of weather followed after the moment at which the work was painted. Environmental history aspects are also included in pamphlets on current ecological problems such as natural resources,[16]climate change[17]and forests.[18]Of these examples, two books, by Hanna Nikkanen et al. and Anssi Jokiranta et al., have been nominees for the prestigious annual Finlandia nonfiction book prize. 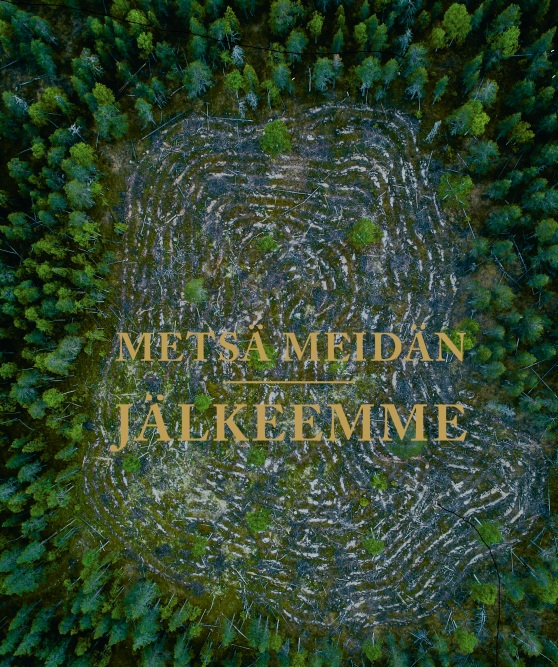 In conclusion, I would like to put forward the following observations:

Secondly, a new trend is to publish popular nonfiction books on the environment and integrate environmental history in studies on present situations and forecasts of the future. As a result, specialists from various other fields have started to study and write about environmental history. This has meant the democratisation of research in this field and the emergence of new ideas and approaches.

Thirdly, in Finland the years 2013–2019 witnessed a break in the long tradition of publishing prominent books of environmental history in Swedish. Fortunately, a similar ebb tide did not happen in publishing environmental history in Finnish. This trend indicates that there are still some niches where researchers and amateur historians prefer to publish in Finnish – not in the lingua francaof the time, English.

[10] Stefan Norrgård, A New Climatic Periodisation of the Gold and Guinea Coasts in West Africa, 1750–1798: A Reconstruction of the Climate During the Slave Trade Era, Including an Analysis of the Climatically Facilitated trans-Atlantic Slave Trade, Diss.(Turku: Åbo Akademi University Press, 2013).

One thought on “FINLAND: ENVIRONMENTAL HISTORY IN NATIONAL LANGUAGES”