Leona’s book, Tyne after Tyne will be published by The White Horse Press in March 2017. 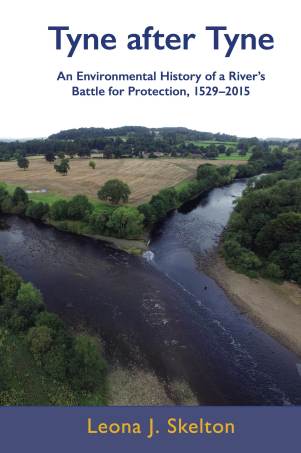 People have been enjoying north-east England’s River Tyne for centuries. Thomas Bewick, the renowned eighteenth-century engraver and author of A History of British Birds (1797), was raised on the south bank of the Tyne at Cherryburn near Stocksfield. As a child in the 1760s, Thomas ‘persuaded his friends to crowd on to a huge piece of ice, which they steered downstream opposite the Parsonage garden, enjoying the sight of the Revd Gregson raising his hands in despair’.[1] He spent most of his adult years living and working in Newcastle, near his workshop on The Side, but he walked back upriver to his original family home many times. While Bewick’s art was universal in its appeal, his biographer, Jenny Uglow, has highlighted that it is also ‘rooted in Northumberland and in the valley of the Tyne’, elaborating that ‘all his life he walked the banks of the river and he knew it in all its moods, sleepy under early morning mist, driving on in flood, ruffled by wind’.[2] Many of Bewick’s skilfully woodcut vignettes feature people crossing and working alongside the river. He knew his river intimately, and it undoubtedly shaped his life’s work.

In 1859, a librarian of the Royal Society, Walter White, embarked on an extensive tour of Northumberland, including a walk from Alston along the South Tyne and then along the main Tyne to Tynemouth. After having ‘to cross a few acres of turnips to get to the point where the South and North Tyne meet together in one broad stream’, he described Warden Rock (also known as Waters Meet) as ‘a wild spot’.[3] White left us a highly detailed account of the Tyne riverscape, having studied the river’s changing character intently, stopping at many places en route. At Alston, he described the South Tyne as ‘a shallow mountain river, in a bed filled with big stones’.[4] Walking from Haydon Bridge towards Hexham, White described the main Tyne as ‘a smiling vale beautified by cultivation and foliage … rippling cheerfully in reply to the salutations of the leaves’.[5] He was explicitly aware of entering a new and different zone of the river in the estuary, which he called the ‘smoky region’. On reaching the outskirts of Newcastle, at Newburn, he discerned ‘a route that revealed to me a disagreeable variety of dirt and disorder … the great army of industry’.[6]

Both Bewick’s woodcuts and White’s descriptions of the Tyne resulted from innumerable observations during riverside walks, the former’s of one relatively small section repeatedly over the course of his life and the latter’s during one linear walk from source to sea. Many of the people I interviewed over the course of researching my forthcoming book, Tyne after Tyne, shared their own surprisingly deep and intimate experiences of walking along the river, seemingly repetitive journeys along quite small sections as often as twice a day to walk pet dogs or to commute to work. In the course of analysing these oral history transcriptions, I realised that the walks were far from repetitive because each day, and often every hour, created a necessarily unique riverscape, as the water interacted with widely different weather conditions, different wildlife and different human activities. While reflecting on my interviewees’ stories, I realised that, while I had spent two years researching the river’s archives, grown up near the river and knew the catchment fairly well overall, I was nonetheless unable to talk about even one section in anywhere near the depths achieved by so many of the interviewees. In his influential The Making of the English Landscape (1955), William Hoskins likens landscape to a ‘symphony, which it is possible to enjoy as an architectural mass of sound, beautiful or impressive as the case may be, without being able to analyse it in detail or to see the logical development of its structure’.[7] I wanted to understand just one section of the Tyne in depth, perceiving, as Hoskins advised, ‘the manifold subtle variations on a single theme, however disguised it may be’, so that ‘the total effect is immeasurably enhanced’.[8]

Since starting my new role as Vice Chancellor’s Research Fellow in the Humanities at Northumbria University in September 2016, I have been able to commute to work each day (a six-mile round trip), walking most of the distance along a riverside footpath between Dunston Staiths and the Swing Bridge. Some people have asked me, “don’t you get bored walking along the same small stretch day after day?” Each walk is unique and it teaches me something, however small, every day. Even over the course of the last seven weeks, I have seen the river in innumerable moods. I’ve seen it contrasted starkly against and blended smoothly with a wide range of different coloured skies and clouds and I’ve gazed at this powerful, seaward force interacting with the flora and fauna which calls its banks, water and infrastructural installations home. One morning I saw a silvery curved flash jump out of the water and dive straight back into it and realised I’d witnessed a salmon leaping right beside me. Another evening, crossing the river, I looked down at every minute detail of the Tyne Bridge laid out beneath me, as it was reflected on the still, glassy sheet of dark water. That night, I stretched out over the bridge railings and saw my own face reflected in it too. On a bracing afternoon, I saw and heard animated waves crashing down towards the sea as I struggled to keep my eyes open against the strong wind. I could easily write a book about the Tyne’s natural beauty, about its engagement with the climate and its flora and fauna, but, as my environmental history research revealed, the river’s true story is not that simple. The Tyne is not a natural river, but neither is it entirely a human creation. Inextricably entangled with the river’s so-called ‘natural’ aspects, I have witnessed paddle boarders, speed boaters and anglers interacting with its flow. Nobody can ignore the colossal, multi-layered infrastructural monuments which pull us back to its industrial era of smoke, factory hooters and a hubbub of ships. This infrastructure, too, is merely a compromise between human aspirations and the river’s natural forces and expressions.

Appreciation and deep understanding of a micro-scale environment is only possible when one communes with it very regularly, year after year and even decade after decade, usually facilitated by someone living very close to it. For example, Nan Shepherd’s A Living Mountain leaves the reader in no doubt that she visited the Cairngorms a great number of times over the course of her life.[9] Similarly, John Lewis-Stempel’s The Private Life of an English Field: Meadowland, which describes the micro-scale processes and interactions between a farmer, his family and the flora and fauna in one meadow in Herefordshire over the course of one year, confirms the author’s exceptionally intimate relationship with a very small-scale environment.[10] A relatively early and important example of one particularly intimate relationship with the flora and fauna of a local area, Gilbert White’s Natural History and Antiquities of Selborne (1789), was based on an incredible 43 years of nature and weather diaries detailing fastidiously the minutiae of the area around his parsonage in Hampshire.[11] As a historian, I am trained to search for discontinuities, marked and important changes over time which I can explain using documentary evidence. Walking along the same section of the river for over two hours each day has taught me that this formidable river is forever changing, in obvious but also in subtle, complex and unfathomable ways. It is quite literally ‘wonder’-ful. Even focusing on a two-mile stretch of the river, it would be impossible to explain its true complexity in a book. Writing the Tyne’s environmental story over five centuries was a worthwhile and productive task. But it provides a framework which can and should be rendered more complex than words can express by getting out to walk its many sections, time and time again. I’m still hooked on my first two-mile section, and plan to walk with and against its flow for at least another two or three years until I, perhaps, begin to ‘know’ it. 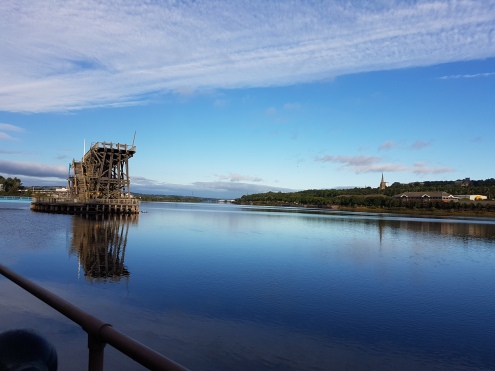 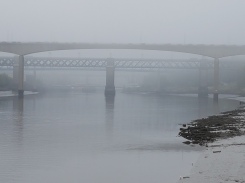 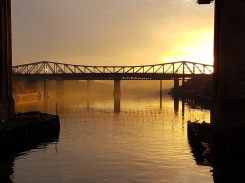 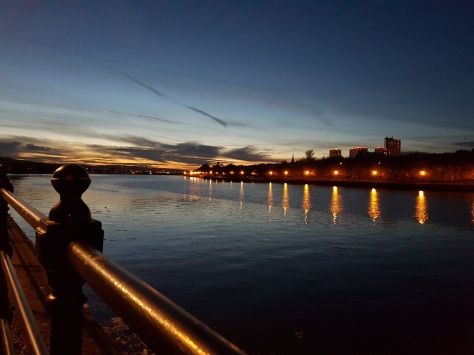 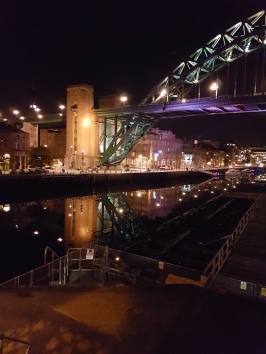 Leona Skelton is Vice Chancellor’s Research Fellow in the Humanities at Northumbria University in Newcastle. Her work focuses on the two-way interactions between people and the environment, developments in environmental attitudes and regulation and how dramatic environmental change has shaped economic, cultural and social lives and livelihoods across northern England and Scotland between 1500 and the present day. Her first monograph was Sanitation in Urban Britain, 1560-1700 (London: Routledge, 2015). Between 2012 and 2015, she contributed to two of Prof. Peter Coates’ AHRC-funded environmental history research projects as a Research Assistant: ‘The Places that Speak to Us and the Publics we Talk with’ and ‘The Power and the Water: Reconnecting Pasts with Futures’.

One thought on “Steps in Tyne: Walking to know the Flow”